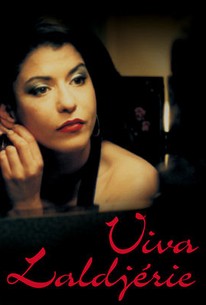 A women living in a city that is slowly being transformed by Muslim activists takes a small stand for the glories of decadence in this comedy drama. Mrs. Sandjak (Biyouna) is a flamboyant and headstrong woman living in Algiers who, in her younger days, earned a living as an exotic dancer known as "Papicha." As Muslim fundamentalists begin taking a greater measure of control over the city, the decidedly non-fundamentalist Papicha finds herself living in a run-down hotel with her daughter, Goucem (Lubna Azabal). Goucem is an attractive twentysomething who works in a photo shop, and has been having an affair with a doctor (Lounes Tazairt), though to her chagrin he seems little inclined to leave his wife for her. Mrs. Sandjak has found a kindred spirit in her next-door neighbor Fifi (Nadia Kaci), a cheerful prostitute who sees no shame in her profession, and the former dancer makes friends with Tiziri (Lynda Harchaoui), a young girl who likes Papicha's brash style and wants to learn how to dance. One day, Mrs. Sandjak receives word that a celebrated nightclub where she once performed is being turned into a mosque; saddened and enraged that the city she knew is changing, she decides to find a venue that will still allow her to dance as she sets out to resume her career.

One of those absorbing movies that's completely in touch with the lives it portrays.

Thin but engaging. If you like your travelogue with a bit of story tossed in, it could be just the ticket.

An appealing movie that centralizes upon the life of an elderly widow living in an apartment with her daughter in Algiers. Years before, Mrs. Sandjak once was Papicha, a former dancer in a club who left the career behind then to raise her young daughter, Goucem. Years later, she lives with the memory of once having fame, and still harbors hope that one day she will be able to go back to it. As an adult, Goucem works in a photo shop and hopes that her married lover will divorce his wife to marry her. She bonds with the prostitute next door, Fifi (who holds no shame in the choices that she has made). Great cast- Lubna Azabel, Biyouna, Nadia Kaci, Lynda Harchaoui, and Akim Isker. Worthy!