Voices from a Locked Room1995 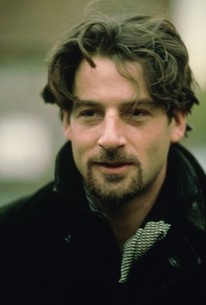 Voices from a Locked Room Photos

Peter Warlock was a noted British composer during the 1930s. Philip Heseltine was his harshest critic. This strange-but-true, highly dramatized British biopic brings to light a little known fact about the two enemies: they were same man. Much of the story centers upon reviewer Heseltine, one of the most feared figures in music criticism, a man known by peers as "The Grim Reaper." In his columns about Warlock's work, Heseltine calls the composer a pirate who gets his ideas from other composers. Heseltine falls in love after seeing the performance of American singer Lily Buxton. He arrogantly trashes her work, but she sees something good about him and goes out with him. Meanwhile, Warlock keeps composing and Heseltine's attacks upon him become excessively vitriolic causing Lily to get curious. She begins investigating and finds the chaotic, ramshackle apartment where Warlock lives. It is there that she learns the strange truth.th.

Critic Reviews for Voices from a Locked Room

Despite an impressive performance by Northam, this is a movie-of-the-week with explicit sex and nudity (I think I've just convinced a number of people to rent this thing).

Audience Reviews for Voices from a Locked Room

There are no featured audience reviews yet. Click the link below to see what others say about Voices from a Locked Room!

Voices from a Locked Room Quotes