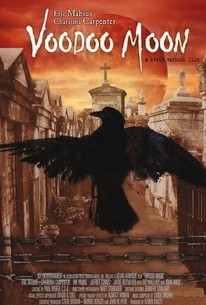 A pair of supernatural siblings battle the demonic force that killed their family in this horror/action film commissioned for the SciFi cable network. Twenty years after their entire hometown was decimated by an evil being, angry young man Cole (Eric Mabius) has become a globe-hopping demon-hunter while his sister, Heather (Charisma Carpenter), has become an artist. Eventually, however, the voodoo spirits known as the loa contact Cole to prepare him for an epic battle with the dark force that destroyed his childhood -- a battle in which he will have to draw on Heather's psychic abilities and the gratitude of the many people he's helped around the world. In addition to Buffy the Vampire Slayer and Angel vet Carpenter and Resident Evil star Mabius, Voodoo Moon features horror royalty Dee Wallace (Cujo, The Howling) and Jeffrey Combs (Re-Animator) and Good Times patriarch/Die Hard 2 bruiser John Amos. Voodoo Moon premiered June 4, 2006, on SciFi.

Geoffrey Lewis
as Old Man No. 1

Anissa Briggs
as Girl at Cemetery

Vernon Duckett
as Old Man No. 2

Scott Whyte
as Billy
View All

There's so much back story in this film - it feels like the series finale of a TV show.

Comes off as a bad imitation of a bad episode of "Charmed"...

Can there be a worster Movie than this one?