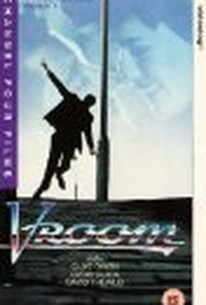 Jake (Clive Owen) and Ringe (David Thewlis) keep a 1950s American car under wraps in hopes of someday escaping their drab town. When Jake falls for divorcee Susan (Diana Quick), she joins Jake and Ringe on a joyride, but the excitement of their initial freedom is short-lived, as they are soon bilked of all their money. Jake realizes his two companions do not share in his idea of carefree motoring, and he brings the two back home. Jake symbolically flies in his vehicle over the town he left behind. ~ Dan Pavlides, Rovi

There are no critic reviews yet for Vroom. Keep checking Rotten Tomatoes for updates!

There are no featured reviews for Vroom at this time.