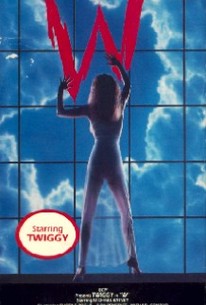 In this film, also released under the title I Want Her Dead, Katie Lewis (Twiggy) and her husband Ben (Michael Witney) discover that they are the targets of a mysterious killer who leaves the letter W at the scene of their near-fatal "accidents." While trying to avoid death, the couple must struggle to discover where the source of these attacks stems from. This movie was Twiggy's first film appearance.

There are no critic reviews yet for W. Keep checking Rotten Tomatoes for updates!

There are no featured reviews for W at this time.