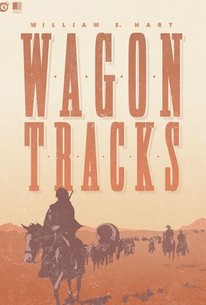 In this William S. Hart picture, the cowboy star plays Buckskin Hamilton, a wagon-train guide. He heads east to the Mississippi River to meet up with his younger brother (Leo Pierson), who has just graduated from college as an MD. But when he gets to the riverboat, his brother has been shot and killed. Jane Washburn (Jane Novak) claims that she did it, but that it was an accident. At first Buckskin believes her, but he soon figures out that it was her cardsharp brother Donald (Robert McKim) and that she took responsibility to protect him. Washburn is part of a wagon train Buckskin is guiding and they are attacked by Indians. The Indians ask that the party sacrifice one white man in return for the Indian they killed. Buckskin offers himself up but before he goes to the Indians, he hands his gun over to Donald, insisting that he use it on himself to pay for his crime. Washburn, of course, tries to escape instead but he is captured by the Indians and killed. This drama did not have as much action as the usual Hart western.

There are no critic reviews yet for Wagon Tracks. Keep checking Rotten Tomatoes for updates!

There are no featured reviews for Wagon Tracks at this time.