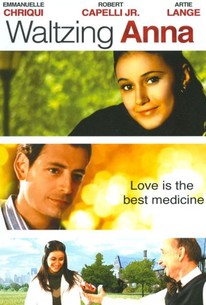 A doctor learns there's more to his profession than making money in this comedy-drama. Charlie Keegan (Robert Capelli Jr.) is a physician who has built up a lucrative practice by caring more about profits and working the loopholes of medical insurance claims than looking after the needs of his patients. While Keegan's scams allow him to live high for a while, eventually his misdeeds catch up with him, and when he's found guilty of insurance fraud, as part of his sentence he's ordered to spend six months doing volunteer work at Shady Pines, an nursing home for the elderly that has seen better days. With the help of Jill (Emmanuelle Chriqui), a pretty and compassionate nurse who works at the home, Keegan makes friends with his often eccentric patients and learns to deal with the other members of the staff and their many problems. In time, Keegan finds himself looking at the Shady Pines residents as people rather than clients, and gains a new perspective on himself and his career; he also finds himself falling in love with the idealistic Jill. Also starring Pat Hingle, Betsy Palmer, Paige Turco, and Artie Lange, Waltzing Anna was the first directorial effort from the team of Doug Bollinger and Bx Giongrete.

Margery Beddow
as Reba
View All

Excruciating as it is well meaning, Doug Bollinger's Waltzing Anna is a vanity production that turns serious issues about the aging into a schmaltzy dramatic comedy.

The filmmakers care; the actors try; the closing dedication is heartfelt and sweet. The movie, sadly, is an IV drip of artery-clogging Lifetime movie-of-the-week goo.

Cowriters Bollinger and Capelli may have sincere intentions, but they're too immature and unpolished to pull off what they're attempting.

If this were a well-made film with particularly astounding acting, it might be easier to overlook the predictability of the plot. The script, unfortunately, is actually the least of Waltzing Anna's problems.

There are no featured audience reviews yet. Click the link below to see what others say about Waltzing Anna!