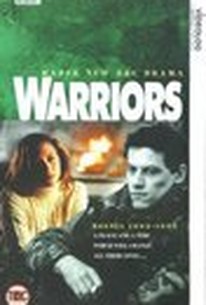 The ambitious two-part British miniseries Warriors (aka Peacekeepers) managed to put a human face on the war in Bosnia, and also raised several provocative questions concerning the U.K.'s controversial participation in the conflict. By focusing on a select group of soldiers and their families, the production analyzed the troops' effectiveness in the bloody campaign, and whether or not it was worth the sacrifice. In Citizen Kane fashion, the story began with the British battlefield involvement itself, then flashed back to the events leading up to the conflict -- and flash-forwarded to the aftermath. When originally telecast in Britain on November 20 and 21, 1999, Warriors was followed by a live debate over the issues touched upon in the film. ~ Hal Erickson, Rovi

Jodhi May
as Emma

Pauline Yates
as Gran
View All

There are no critic reviews yet for Warriors (Peacekeepers). Keep checking Rotten Tomatoes for updates!

There are no featured reviews for Warriors (Peacekeepers) at this time.