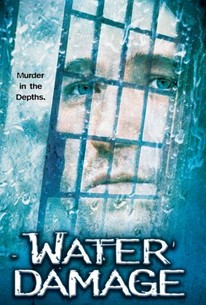 A man learns that hard way that not all high school memories are pleasant in this thriller. Paul Preedy (Daniel Baldwin) is invited to a high school reunion, but figures someone is playing a trick on him when he discovers he's one of only three people asked to attend. However, Paul soon learns what's going on is no joke; his two fellow alumni are dead a few days later, both the victims of a killer who used a water torture on them before they died. Paul finds himself the key suspect in the police's investigation of the crimes, and Paul is forced to come to terms with a disturbing incident from his past that links him to the killer. Water Damage also stars Dean Stockwell, Leslie Hope, and Mimi Kuzyk.

There are no critic reviews yet for Water Damage. Keep checking Rotten Tomatoes for updates!

There are no featured reviews for Water Damage at this time.