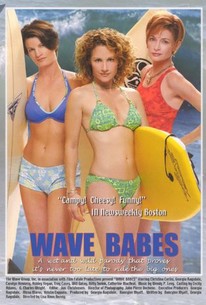 Directed by Lisa Knox-Nervig, Wave Babes is a campy sports comedy that centers around the reunion of three childhood friends. The film has won prizes at several gay and lesbian film festivals, including the 2003 Ft Worth Lesbian & Gay Film Festival, and stars Georgia Ragsdale, Christina Carlisi, Carolyn Hennesy, and Will Gotay.

Anna Campbell
as 20 Something Girl

There are no critic reviews yet for Wave Babes. Keep checking Rotten Tomatoes for updates!

There are no featured reviews for Wave Babes at this time.