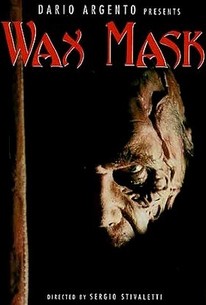 In the grand tradition of Britain's Hammer low-budget horror films of the '60s, this Gothic and gory chiller is the third screen version of Gaston Leroux's tale The Wax Museum. The prologue is set in turn-of-the-century Paris at New Years. Just as the bells ring out, a young sleeping couple are attacked by a hooded figure whose hand has been replaced by a fearsome steel claw. Their gruesome deaths are witnessed by their unseen little girl. The story moves ahead 12 years and moves to a Roman brothel where Lucas, a young patron, accepts a bet to spend an entire evening in a particular wax museum filled with gruesome reenactments of the world's most horrible crimes. Though he knows the figures are only wax, they literally horrify Lucas to the point of death. The official cause is listed as heart failure, a fact that attracts considerable attention from the press causing the curator, Boris, to devise a new set of grim tableaux. His latest creations are chillingly real, mostly because they are real but for the special chemical Boris injects into them. The curator's diabolical schemes unravel shortly after he hires Sonia, the little girl from the prologue, as his new costumer. The museum exhibits bring her childhood trauma flooding back to the surface. Fortunately, her lover, an ingenious reporter has teamed up with a determined police inspector who has been investigating her parents' murder for the past 12 years. The film is dedicated to Lucio Fulci, one of Italy's premiere masters of schlock horror who died during production in March, 1996. He was replaced by first-time director Sergio Stivaletti. ~ Sandra Brennan, Rovi

There are no critic reviews yet for M.D.C. - Maschera di cera (Gaston Leroux's The Wax Mask). Keep checking Rotten Tomatoes for updates!

There are no featured reviews for M.D.C. - Maschera di cera (Gaston Leroux's The Wax Mask) at this time.