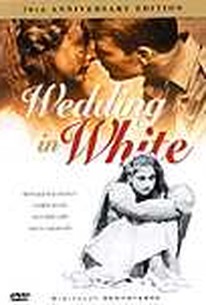 Carol Kane makes one of her earliest screen appearances in the Canadian Wedding in White. Set during World War 2, the film costars Donald Pleasence as Kane's father. The crux of the film concerns Pleasence's feverish efforts to save Carol's good name after she is raped and impregnated by her brother's loutish soldier friend. While it might sound like "Go and never darken my door again!" melodrama, the film is delicately handled, with some particularly poignant scenes between father and daughter. Wedding in White won the Canadian equivalent of the "best picture" Oscar in 1972.

Critic Reviews for Wedding in White

These issues have seen too many Lifetime movies in the last 30 years to make Wedding feel fresh.

Audience Reviews for Wedding in White

This movie is very realistic and sad, it's beautifully tragic, and Kane is perfect as the main character. I really liked this movie.