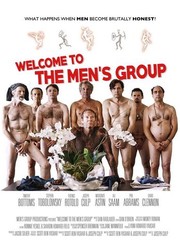 Welcome to the Men's Group

Welcome to the Men's Group Reviews

kevin l
August 31, 2018
THIS is the kind of film we see less and less of these days. Courageous, in subject, the relationships, in story telling, acting, even in how it's shot. Few current indy films are as engaging and never would we see a large studio investing their store houses of cash to make such a timely and incredibly human film, especially now in light of #metoo and #timesup.
About what happens during one meeting of a monthly men's support group, the characters pull you in and keep you involved with the issues they and their relationships face, both in the world and with eachother, in the most serious, funny, and even tragic ways.
The writing is superb, and the cast should most certainly be in the running for BEST ENSEMBLE honors.
Feel free to dismiss Mr. Golstien's inept and dismissive review as a classic case of projection; This film is a drink of cool water in a desert. Highly recommended!

Shahla M
June 8, 2018
The movie was excellent and touches issues about men that has not been given enough attention in the past.
In this movie some of the men's imortant personality layers have been peeled.
If this movie become a TV series it can remove many other layers of men's personality and can result in living a more authentic life for men.

Peter C
½ May 25, 2018
Welcome to the Men's Group, is an acting marvel - a gem, really, because the artists do the impossible, one after another. Each performer is able to articulate the woes and joys of manhood - in such profoundly familiar language - and with such utter conviction - that they make the dialogue sound like it's coming from the guy you share a cubicle with - or a neighbor who bugs the shit out of you - or an overripe brother in law who has you cackling with familial delight, despite the fact that he is an epic pain in the ass.
These are an eclectic group of angst ridden guys next door, whose stories are captivating and actually end up mattering deeply, in large part because they will resonate with such aching familiarity to any full grown American male, well over the age of forty.
I know these guys. I'm one of them.
But please don't suppose that the familiar cadence of man speak is in any way cliché. It isn't. The dialogue In Men's Group is simply spot on. Writers Joseph Culp and Scott Ben-Yashar hit arcing home runs of lucid differentiation between their characters. In many a Woody Allen film, alas, everybody kind of sounds like Woody - but here - these are men cut from different cloths, who speak in different tongues.
The actors are marvelous. Though I risk spoiling the attendant joy for viewers who delight in racing to IMDB to figure out, "Who was that guy?" - the "Ah-ha's" here need to be mentioned upfront as a tribute to both cast and casting. Joseph Culp directed this original mélange with a stage actor's eye, though it's clear he knows his movie history, too. I suspect he knew exactly what he was doing when he cast these actors who are familiar but not overly so. The casting is a coup, because several of the key players have had defining turns in remarkably significant films - and have been such standouts - that the movie goer's subconscious is at work throughout Men's Group - sorting out both the profundities in the performances on screen, while simultaneously harkening back to other indelible moments these actors have quietly implanted in the collective memory.
Let me give you a few quick examples; David Clennon plays Fred. He also played the obnoxious lawyer who kicks Peter Sellers to the curb in Being There, and he played Palmer in The Thing - who, when the severed head of Charles Hallahan suddenly sprouts crab legs and attempts to scuttle to safety - bellows, "You gotta be fucking kidding!" That moment is the very best in a horror movie filled with great moments. Wait till you see what Clennon does here with the word "Broccoli."
In Groundhog Day, Stephen Tobolowsky cried, "Phil! Phil!" once too often and got belted in the belly for it by Bill Murray. Tobolowsky's Ned Ryerson will forever live in memory as the guy you just don't want to be recognized by, but when we look at his white supremacist hate speech in Mississippi Burning - we see something we don't ever want to recognize in our own selves. In that film, Tobolowsky's eyes seem to be backlit somehow - illuminated through contempt and conviction. If the eyes are the windows of the soul - and act as portals of truth - Stephen Tobolowsky would have to be a card carrying Klansman - he is that convincing. Yet, in Men's Group his character's eyes in close-up tell a different story - with equal conviction. Here, nothing of Townley or Ryerson remain. Tobolowsky is 100 percent Carl.
Timothy Bottoms was captivating in The Last Picture Show, and endlessly touching thanking Cloris Leachman for a Dr. Pepper. Here, some forty five years later Sonny Crawford has grown up and turned into Larry - or certainly could have. There is something so remarkably familiar about Timothy Bottoms - his left of center innocence and secret self-awareness. Sonny and Larry seem to be struggling with the same demons, and in this film, it is Joseph Culp who delivers the greatest moment, in a movie with a slew of great moments by answering Timothy as Larry's eternal question about what to do with life. With absolute clarity and profound simplicity, Culp utters, "Let go." It's like Culp has channeled Sam the Lion.
Just watch as Timothy Bottoms absorbs the advice, now, like a man.
Two final shout outs - male nudity and the character of Olivia.
The full frontal exposure of the male cast in Welcome to the Men's Group is light years ahead of anything else that has been put on screen before, because for the first time, men are portrayed naked - emotionally and physically - with nothing to hide. They come by it honestly and it makes sense. These actors have balls. See for yourself.
As to Livya Howard-Yashar, who plays Olivia, the daughter of Timothy Bottoms' character; the actress is remarkably appealing. The Joseph Culp character, Michael, clearly agrees. Without giving anything away, what goes on between Michael and Olivia also comes about honestly and makes sense, too - even if this full grown American male, well over the age of forty, would like to pretend that it didn't.
Thanks fellows. It's a great group.
Peter D. Cook Los Angeles, Ca.

Sile C
May 23, 2018
i've heard a lot good things about this film - glad that there are films that still rely on acting and story rather than CGI to entertain.

Eudora B
May 23, 2018
The chemistry is magical. The actors bring a lot to the table and their comic timing is perfect. This film is a wonderful discovery. Some great actors pop up in supporting roles as well. - watch this film. Good comedy, good drama, good indie film.

freshcat s
May 22, 2018
Sometimes a low budget movie come out of leftfield. Interesting characters in a place you don't see every day. "Moonlight" for instance. It dragged a little sometimes but it was worth it waiting for things to pick up. But the low budget "Florida Project." Not worth it. You cared about the kids, but almost nobody else. In this picture about men and their problems, who are you supposed to care about? The lead guy reeks of something suspicious the first time you see him. Like the evangelicals on tv. They smile they praise the lord and they take your money.What do the other guys see in this guy? Are they so messed up they swallow his bullsh-- and it tastes like honey? We left after the girls saw the guys naked. The whole story wasn't very believable. Some people are going to love it.

Fred H
May 21, 2018
Heartfelt and hysterical movie about men confronting their foibles in a monthly men's group. Ensemble acting is fantastic!

Craig P
May 21, 2018
I enjoyed the movie and found it a fine collection of moments I have lived through in my journey with brothers in men's groups.

Dan R
May 21, 2018
Pretty brave stuff in this movie. Well acted and both funny and disturbing.

Rouel C
May 21, 2018
This movie is a well-made, well-acted, intense yet wacky look at many issues men struggle with -- addiction, self-esteem, PTSD, marital and relationship problems, gender and racial issues. and primal wounding -- all doused with tons of wild humor. It may not be for the faint of heart, but the issues presented are too important to ignore. I walked away with a deeper acceptance of my humanity. The themes and metaphors are very real to life and literally leap off the screen, as the movie serves up men's complex and tortured psyches on a silver platter, while also showing some sparkling virtues. Plan on being moved in some way if you see this movie.
Page 1 of 1