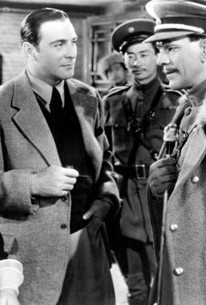 In this drama, the third remake of a popular play by Porter Emerson Browne, General Wu Yen Fang, "the White Tiger," is an outlaw general who controls the bulk of northern China. The story begins as he invades the village in which two fighters work to prevent avaricious Americans from foreclosing on their oil interests. The lover of one of these men is romantically involved with the estranged wife of one of the foreclosers. Because he once saved Gen. Wu's life, the officer returns the favor by killing the evil oil man. This causes the government to sentence the general to death. He willingly sacrifices his life and is at peace knowing that his friend can now marry the woman he loves. ~ Sandra Brennan, Rovi

James B. Leong
as Pao

Critic Reviews for West of Shanghai

There are no critic reviews yet for West of Shanghai. Keep checking Rotten Tomatoes for updates!

There are no featured reviews for West of Shanghai at this time.