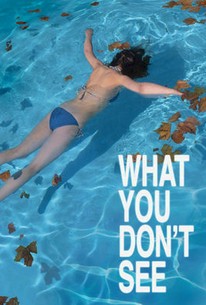 Two strangers have a strong impact on a young man who's spending some time with his family in this drama from Germany. Seventeen-year-old Anton (Ludwig Trepte) has been struggling to make sense of his life since his father committed suicide when Anton was attending boarding school. Anton's mother, Luiza (Bibiana Beglau), wants to mend her strained relationship with her son and introduce him to her boyfriend, Paul (Andreas Patton), so she arranges for them to take a vacation together. After settling into a well-appointed cottage not far from the ocean, Anton meets David (Frederick Lau) and Katja (Alice Dwyer), teenaged siblings living nearby. While Anton is by his nature shy and withdrawn, David is confident and outgoing and encourages Anton to be bolder and more aggressive. David makes no secret that he and Katja are lovers, and he doesn't discourage Anton's attraction to his beautiful sister. Anton ignores his family to spend more time with Paul and Katja, but Paul's efforts to transform Anton into someone stronger and more confident take on a sinister undercurrent. Was Du Nicht Siehst (aka What You Don't See) was the first feature film from writer and director Wolfgang Fischer. ~ Mark Deming, Rovi

Critic Reviews for What You Don't See (Was du nicht siehst)

There are no critic reviews yet for What You Don't See (Was du nicht siehst). Keep checking Rotten Tomatoes for updates!

Audience Reviews for What You Don't See (Was du nicht siehst)

A college boy goes on a seaside vacation with his mom and her boyfriend and befriends a mysterious couple who live nearby. A drama/thriller that teases you with the promise of shocking secrets, but waits so long to drop clues that you lose interest long before the reveal comes.

What You Don't See (Was du nicht siehst) Quotes