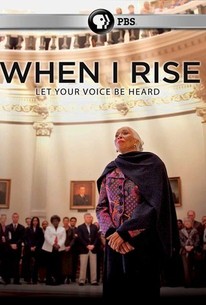 Barbara Smith Conrad was born and raised in Center Point, a small town in East Texas. Like many youngsters in Center Point's African-American community, Conrad's first musical training came at the local Baptist church, but with time it became obvious she had a gift that set her apart from her peers. In 1956, the University of Texas admitted African-American undergraduates for the first time, and Conrad was part of that class of incoming freshman. The university's music department staged an opera every year, and when Conrad auditioned for a role in Henry Purcell's +Dido and Aeneas, she was cast in the female lead. However, her great opportunity turned sour when a number of local conservatives objected to Conrad appearing in the production alongside a white leading man. The local controversy turned into a national news item when the University president removed Conrad from the cast, and while actor and singer Harry Belafonte championed her cause and offered to pay her way through the music school of her choice, Conrad had to chose between leaving Texas and staying to fight for her rights. Barbara Smith Conrad went on to a distinguished career as a mezzo-soprano who has performed with the world's great operas, and in the documentary When I Rise, she and filmmaker Matt Hames look back at the events that first thrust her into the spotlight as she comes home to Texas. When I Rise received its world premiere at the 2010 South by Southwest Film Festival.

Critic Reviews for When I Rise

There are no critic reviews yet for When I Rise. Keep checking Rotten Tomatoes for updates!

There are no featured reviews for When I Rise at this time.

When I Rise Quotes