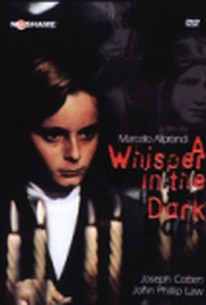 A Whisper in the Dark Photos

A mother discovers a horrifying secret about her young son's imaginary friend in this gothic shocker based on Henry James' The Turn of the Screw and directed by the late Marcello Aliprandi. Twelve-year-old Martino may as well live alone at his family's sprawling Venetian villa. Largely ignored by his wealthy, self-absorbed parents and left with few playmates with whom to pass the day, Martino soon falls under the spell of an imaginary friend named Luca. When Martino's mother begins to investigate her son's increasingly hostile invisible playmate, a revelation about her past leads her to believe that Luca may in fact be the vengeful spirit of the child she lost before Martino was born. ~ Jason Buchanan, Rovi

Critic Reviews for A Whisper in the Dark

There are no critic reviews yet for A Whisper in the Dark. Keep checking Rotten Tomatoes for updates!

Audience Reviews for A Whisper in the Dark

In this movie, a family is concerned that their son's imaginary friend may be real. I was surprised with the ease with which they accepted that he was real, though, it was a lot quicker than in other horror movies. In fact, this is more of a thriller than a horror movie. It was okay, but I wish it were scarier.

A Whisper in the Dark Quotes