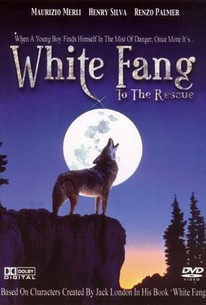 Italian director Tonino Ricci helmed this 1974 snowbound adventure film about a young boy in danger and the courageous wolf who comes to his rescue. Originally called Zanna Bianca Alla Riscossa and later retitled White Fang to the Rescue, the film is the sequel to Lucio Fulci's Zanna Bianca, a 1972 adaptation Jack London's classic novel White Fang. Maurizio Merli stars along with Henry Silva and Gisella Hahn.

There are no critic reviews yet for White Fang to the Rescue (Zanna bianca alla riscossa). Keep checking Rotten Tomatoes for updates!

There are no featured reviews for White Fang to the Rescue (Zanna bianca alla riscossa) at this time.