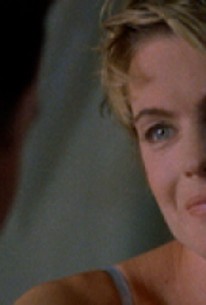 A woman looking to get away from her problems finds they've followed her into the wilderness in this suspense thriller. Liz Bartlett (Monika Schnarre) is newly single after divorcing her husband, a split that was not especially cordial after she delivered damning testimony in court that resulted in his being convicted on robbery charges. Liz was recently attacked in a parking garage, and believes someone is out to get her, possibly in cahoots with her ex. Liz's best friend Barbara Tate (Erika Eleniak) is sympathetic to her problems, and thinks she needs some time away from the city; Barbara is going to spend a few days at a cabin in the woods she's thinking about buying, and she invites Liz to tag along. Shortly after they arrive, a sudden snowstorm hits the area, and Liz and Barbara discover they're trapped in the cabin -- and that whoever has been following Liz has tracked them out to the woods. White Lies (also screened as Snowbound) also stars singer and songwriter Jann Arden in a supporting role as a meddling neighbor.

There are no critic reviews yet for White Lies. Keep checking Rotten Tomatoes for updates!

Really bad acting. I figured this one out almost immediately.