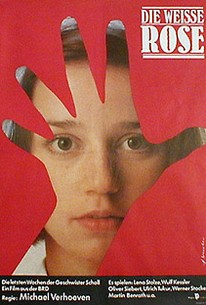 Based on a true story, this film follows a group of German students in Munich who formed a group called "The White Rose," aimed at informing the German people of the atrocities that were being committed in the Nazi concentration camps. However, when the Gestapo discover what the students have been up to, their quest may prove deadly. This film is in German with English subtitles. ~ Iotis Erlewine, Rovi

First, of course, is the message of the movie. Actually, I should say the history that the movie contains: The true story of Sophie Scholl, a young German woman who was a student during the 1940s.

There are no featured reviews for Die Weiße Rose (The White Rose) at this time.