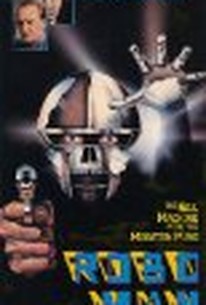 In 1970, Elliot Gould was the hottest male star in Hollywood; by 1975, he was making do with indifferent projects like Who?. This interesting British/German sci-fier, also known as Man Without a Face, Prisoner of the Skull and The Man With the Steel Mask, and also under the title Robo Man. Gould's role as an American government official is secondary to the character played by Joseph Bova. While visiting the Soviet Union, scientist Bova is involved in a serious car accident. The Russian surgeons perform emergency life-saving surgery by replacing most of Bova's body parts with electronic devices. Thus when he returns home, Bova is to all intents and purposes a cyborg. It is up to Gould to find out if our reconstituted hero has been transformed into a Soviet spy. After several rondelay dialogue scenes and silly car chases, Who? ends on a quiet, pensive note-perhaps the most effective scene in the whole picture. Adapted from the well-regarded novel by Algis Budrys. ~ Hal Erickson, Rovi

Critic Reviews for Who?

Of all the films that documented the fears of the Cold War there may be none odder than Who?.

There are no featured reviews for Who? at this time.