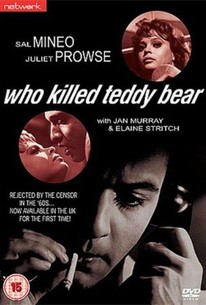 In this grim thriller, a disco hostess finds herself threatened by an obscene phone caller. The club stand-up comic is an undercover cop who gets interested in the case. He begins acting so strangely, that the hostess begins to suspect him of the crime. She later befriends the club busboy without realizing that he is not only the caller, he is also stalking her. The calls keep coming and the woman gets really scared. She moves in with the comic and his family. The owner of the club, a lesbian, visits the woman one night. The stalker mistakes her for the hostess and rapes and kills her. This is particularly devastating for the cop's wife, who had been raped once. Meanwhile the hostess remains unaware of her new friend's dangerous side and gives him a dance lesson at the club. He loses all control and attacks her after revealing his true identity. He then leaves the club. Fortunately, the police are hot on his tail. A shoot out ensues, and the psycho sex-killer is killed.

It's an irresistibly cool psychedelic thriller which mixes the party vibes of '60s New York with the dark and twisted mind of a madman.

It may have been taboo back then, when it was even refused an age certification for its cinema release, but its shock value has long since faded. However it's still worthy of being called a cult classic.

It wasn't so bad that it can't be appreciated as a curio.

Interestingly shot and both Juliet Prowse and Elaine Stritch look great but its story is ugly.

Dated aesthetics, poor acting and arythmic direction. The bonus is that it deals with themes that were taboo for the time. Sal Mineo is very clearly a precursor of De Niro in Taxi Driver , his wanderings in the NYC red light district, infatuation with a stranger, and even his workout routine, all make me wonder if Scorsese, Paul Schrader or even Bernard Herrmann ever saw this mediocre but gutsy b-movie.