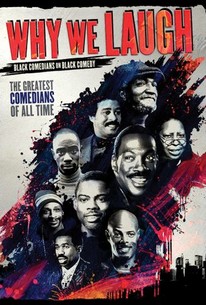 Darryl Littleton's insightful book Black Comedians on Black Comedy: How African-Americans Taught Us to Laugh serves as the inspiration for Robert Townsend and Quincy Newell's take no prisoners documentary offering a critical overview and insider's perspective on the cultural impact of black comedy. Icons of comedy Chris Rock, Bill Cosby, and Keenan Ivory Wayans, among others, all weigh in on what it means to be a black comic in America, while cultural critics, noted scholars, and prominent politicians trace the evolution of black comedy from the days of Stepin Fetchit and blackface minstrels straight through the small screen success of The Jeffersons and Good Times and on to the cinematic superstardom enjoyed by Eddie Murphy and Whoopi Goldberg. Dave Chapelle's controversial career serves as a rich topic of debate, while the implication of corporate attempts to capitalize on the remarkable success of Spike Lee's Original Kings of Comedy and Russell Simmons' Def Comedy Jam highlight the ways in which individuals can inspire change in a cultural level.

A worthwhile walk down Memory Lane as likely to keep you in stitches as appreciating the long line of African-American geniuses who have made it their business to challenge the status quo, but always eliciting lots of laughter in the process.

A thoughtful history of on-colour humour.

There are no featured audience reviews yet. Click the link below to see what others say about Why We Laugh: Black Comedians on Black Comedy!