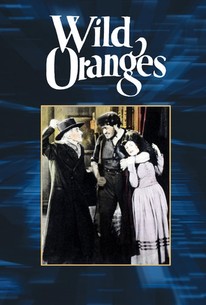 It's a pity that there are apparently no longer any public copies available of this suspense drama by King Vidor because at the time of its release, its sophisticated approach to filmmaking impressed critics and fans alike. It takes place at a bay near the Georgia swamps, where John Woolfolk (Frank Mayo) lands in his yacht. After the death of his wife in an accident he had taken a cruise with just one friend, Paul Halvard (Ford Sterling). When Woolfolk goes ashore for water, he discovers old Lichfield Stope (Nigel de Brulier) and his granddaughter, Nellie (Virginia Valli), who are virtually being held prisoner by Iscah Nicholas, a half-crazed, half-childlike homicidal maniac (Charles A. Post). Woolfolk tries to help the girl, but when he comes back to shore, he finds that Nicholas has killed Stope and tied Nellie to a bed. Woolfolk fights the brute and takes Nellie to his yacht, but Nicholas follows after them. He shoots at the boat, injuring Halvard, and is finally killed by a mad dog that breaks its leash and attacks him.

There are no critic reviews yet for Wild Oranges. Keep checking Rotten Tomatoes for updates!

There are no featured reviews for Wild Oranges at this time.