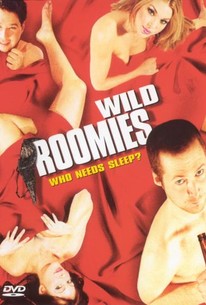 Oliver Robins' Wild Roomies stars A.J. Buckley as Reno, a man who, as the film opens, discovers his roommate having sex with his girlfriend. Although Reno promises himself he will never again share living quarters with a roommate, he finds himself in a financial crunch. Although by this point he is involved with Holly (Holly Fields), Reno must take on two new borders. After extensive interviews, he decides on Chad, a Lothario who tries to seduce nearly every woman he meets, and Nicole (Jennifer Lyons), who begins to show a strong desire to sleep with Reno. Reno must deal with his suspicion that both of his new tenants desire his girlfriend.

There are no critic reviews yet for Wild Roomies. Keep checking Rotten Tomatoes for updates!

There are no featured audience reviews yet. Click the link below to see what others say about Wild Roomies!