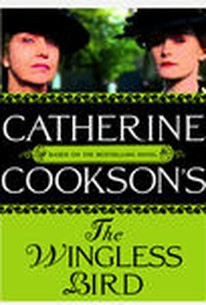 Based on the novel by Catherine Cookson, this made-for-TV drama, set in England shortly before the outbreak of World War I, concerns Agnes Conway (Claire Skinner), a beautiful young woman who works in her family's confectioner's shop. Agnes' natural beauty and spirited nature lead her into romantic entanglements with two men from a prominent family -- first Charles Farrier (Edward Atterton), then his brother Reginald (Julian Wadham) -- and later into a friendship with the Felton family, decent folks from a notoriously rough part of England, when her sister Jessie (Michelle Charles) falls in love with one of the Felton men. Produced for British television, The Wingless Bird was first shown on American television as part of the acclaimed PBS anthology series Masterpiece Theater. ~ Mark Deming, Rovi

Sam Megahy
as Boy in Shop

Critic Reviews for The Wingless Bird

There are no critic reviews yet for The Wingless Bird. Keep checking Rotten Tomatoes for updates!

There are no featured reviews for The Wingless Bird at this time.