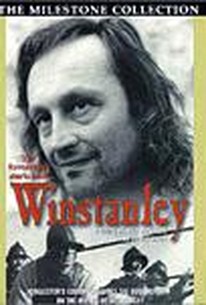 Winstanley is the dramatized history of a Reformation-era religious sect called the Diggers. A nonviolent aggregation, the Diggers are devoted to tilling the soil that has been neglected by the British bluebloods. It isn't long before the landowners send their minions to burn out and kill the Diggers. Miles Halliwell heads the cast as Winstanley, the leader of the movement. Winstanley was directed by film historian/preservationist Kevin Brownlow and documentary maker Andrew Mollo, who redeploy the same documentary technique that they'd utilized on their classic 1964 film It Happened Here. The script, also by Brownlow and Mollo, was adapted from Comrade Jacob, a novel by David Caute. ~ Hal Erickson, Rovi

The poetic dream of Winstanley.

There are no featured reviews for Winstanley at this time.