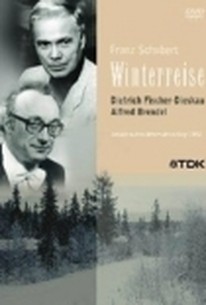 When a boorish German entrepreneur falls prey to a notorious, Kenya-based banking scam, his last-ditch effort reclaim his cash by traveling to Africa and confronting the con-artist serve as a noble epilogue to a reckless life in director Hans Steinbichler's dramatic account of one man's downward spiral. A diagnosed manic-depressive whose impulsive behavior only serves to further isolate him from his increasingly irritated family and friends, Franz Brenninger (Josef Bierbichler) is a once-wealthy businessman who has since fallen on hard times. When Franz receives letter promising a healthy payoff if he simply allows millions of dollars to be transferred through his German bank account, he enlists the aid of Kurdish translator Leyla (Sibel Kekilli) and secures the 50,000 Euros needed to seal the deal, telling his trusting son Xaver (Philipp Hochmair) that he is going to use the cash to pay for his ailing wife Martha (Hanna Schygulla)'s much-needed eye surgery. Upon realizing that he has been scammed and has nothing left to lose, Franz quickly scrounges whatever funds he can gather and travels to Nairobi with Leyla in hopes of confronting the elusive con artist and getting the money back. ~ Jason Buchanan, Rovi

Cinematography, the use of Schubert and Bierbichler's performance convince, but the film never fully explains why anyone would fall for what is so obviously a set-up, and the ultimate pay-off is only an afterthought.

There are no featured reviews for Winter Journey (Winterreise) at this time.