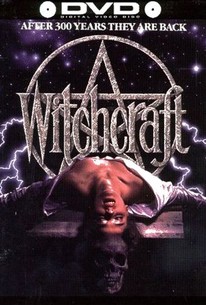 In this horror film, young Pete Wild (Orien Richman) is falsely accused of murder when his girlfriend is kidnapped and murdered by a satanic cult. When attorney William Spanner (Charles Solomon) is called in on the case, he must use his warlock powers to defeat the satanic minions, led by Santara (Clive Peterson).

Barbara Dow
as Woman on Phone
View All

Less-unwatchable than it could have been.

There are no featured reviews for Witchcraft IV: The Virgin Heart at this time.