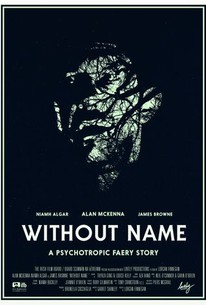 Land surveyor Eric, alienated from urban existence and those who love him, travels to a remote and unnamed Irish woodland to assess its suitability for a dubious development project. Intangible elements are at play in this ethereal environment. The place seems to be imbued by an intelligence of sorts. A silhouette flits between trees. The place fascinates the fragmenting Eric as much as it disturbs him. Following in the psychonautic footsteps of the mysterious Devoy, Eric attempts to communicate with his surroundings, but risks becoming a prisoner of a place Without Name.

Critic Reviews for Without Name

Makes up for its occasional heavy tread with outstanding photography.

An eco-horror curiosity that defies not only genre expectations, but any discernible sense of purpose, too.

If the narrative ultimately seems thin, not to mention somewhat familiar and formulaic, the quiet menace of an ancient natural world under threat is nicely modulated.

Finnegan draws out the horror of the natural world, taking us into one man's deep madness as he grapples with how he treats both Mother Nature and women alike.

I'm still not entirely sure what happened, but I know I liked it.

A valiant attempt at putting atmosphere ahead of cheap scares that could have benefited from more fully-realising its concepts but which remains an engaging watch all the same.

Without Name is less a story and more an experience, and while its unfocused style of reality warping may make a little difficult to focus on, it also allows you to just sit back and experience the ride.

Finnegan is clearly a filmmaker of tremendous capacity and vision, and even when [Without Name] doesn't entirely work, he doesn't fail in teasing the promise of his visionary talent.

Finnegan creates intriguing atmospheres, but he should aim for a stronger narrative next time.

A bold new Irish talent has been unearthed.

There is no blood and guts here, but in terms of doom you can fill your boots. The casting is excellent; it's beautifully shot by Piers McGrail and the sound team should also sleep the sleep of the gifted.

Audience Reviews for Without Name

There are no featured audience reviews yet. Click the link below to see what others say about Without Name!