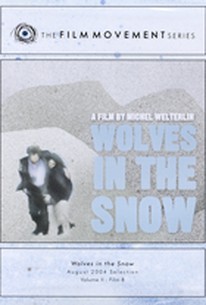 Wolves in the Snow begins with the news that Antoine has been cuckolding Lucie for years. A violent marital argument ensues resulting in Antoine's death. After lying about Antoine's whereabouts, Lucie discovers his secret life of gangsters, money laundering and violence. Followed, threatened and badgered by the gangsters, Lucie becomes trapped by her deceit. The body of Antoine disappears, other corpses appear, and the money, very quickly, becomes only the pretext of an alarming turn of events, in which Lucie learns how to lie, to live, and perhaps also to like. Wolves in the Snow is an intense drama set against the backdrop of Montreal. -- © Film Movement

Critic Reviews for Wolves in the Snow

There are no critic reviews yet for Wolves in the Snow. Keep checking Rotten Tomatoes for updates!

Audience Reviews for Wolves in the Snow

[font=Century Gothic]"Wolves in the Snow" starts with a ferocious argument between Lucie(Marie-Josee Croze) and Antoine(Antoine Lacomblez), with him admitting to marital indiscretions, and culminating with Lucie accidentally killing him. Later, she hides the body in the bathtub and reports him missing to the police. Then, she confronts Antoine's mistress, Marie(Anne Roussel). At the airport, Lucie is stopped from leaving the country by three goons who want the money Antoine embezzled.(It seems Antoine was using his publishing house as a money laundering front.)[/font] [font=Century Gothic][/font] [font=Century Gothic]"Wolves in the Snow" is a pedestrian and unoriginal thriller that desperately could have used an edge and a sense of urgency. At its core, the movie is about a woman living a sheltered life whose moral compass and worldview changes when confronted with the truth about her late husband's life.[/font]

Wolves in the Snow Quotes