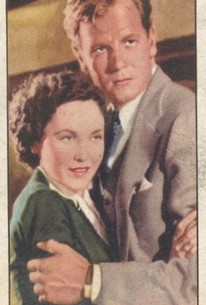 One of four MGM "B"-pictures ground out in quick succession by director George B. Seitz, Woman Wanted is a crime melodrama with occasional bursts of comedy relief. Wrongly convicted of murder, heroine Ann (Maureen O'Sullivan) escapes from the police when the car bearing her to prison is involved in an accident. In truth, however, the crash was arranged by gangster boss Smiley (Louis Calhern), who wants to find out how much Ann knows about his involvement in the murder. Fortunately, young lawyer Tony (Joel McCrea) shows up at the accident site ahead of Smiley's minions. Risking a charge of complicity, Tony spends the rest of the picture protecting Ann from both the cops and the crooks. ~ Hal Erickson, Rovi

William B. Davidson
as Collins

Gertrude Short
as Gertie
View All

Woman Wanted, though a programme picture with no particular build-up, is much livelier entertainment than many more pretentious films.

Woman Wanted is a light drama that is equal parts endearing and eccentric. Worth watching for the superb cast.

Raquel Stecher
Out of the Past
View All Critic Reviews (2)

There are no featured reviews for Woman Wanted at this time.