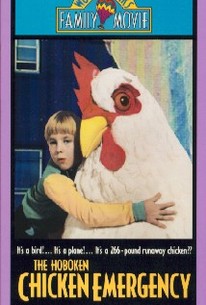 The emergency of the title is caused by a hen named Henrietta. The problem: she weighs 266 pounds! When the father of Henrietta's young owner (A Christmas Story's Peter Billingsley) makes plans to sell Henrietta, she goes berserk, wreaking Disney-like havoc on downtown Hoboken. Mayor Dick Van Patten goes to desperate lengths to solve the problem, even unto hiring a professional "chicken catcher" (Gabe Kaplan). Arlene Golonka co-stars in this 55-minute family comedy, originally telecast November 19, 1984 on the PBS series Wonderworks.

There are no critic reviews yet for WonderWorks. Keep checking Rotten Tomatoes for updates!

There are no featured audience reviews yet. Click the link below to see what others say about WonderWorks!