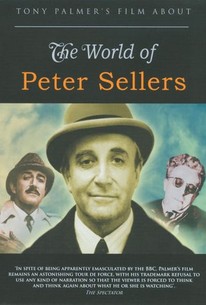 Banned by the BBC in 1971, director Tony Palmer's profile of the late Peter Sellers was, in the words of the film's subject himself, "the only portrait which really understood me." Sellers was an icon of comedy and a true innovator, but a look inside reveals a tragic figure. How could one of the world's most beloved comic talents have such a morbidly distorted opinion of himself? In this documentary, interviews with such friends, fans, and colleagues as Raquel Welch, Yul Brenner, Spike Milligan, Laurence Harvey, and others reveal the true personality behind the man who was loved by everyone, but still viewed himself as entirely alone.

Critic Reviews for The World of Peter Sellers

There are no featured reviews for The World of Peter Sellers at this time.

The World of Peter Sellers Quotes