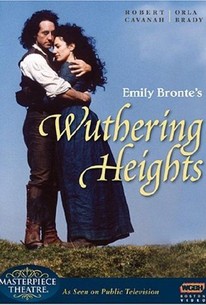 A film drama based on Emily Bronte's powerful romantic melodrama, adapted by Neil McKay. When Mr Earnshaw adopts the young waif Heathcliff, his daughter Cathy recognises the mysterious child as a soulmate, and as they grow up, the bond between them seems unbreakable. Defying the barriers of class and convention, Cathy and Heathcliff are driven on by an irresistible force that will overwhelm them both.

There are no critic reviews yet for Wuthering Heights. Keep checking Rotten Tomatoes for updates!

There are no featured reviews for Wuthering Heights at this time.