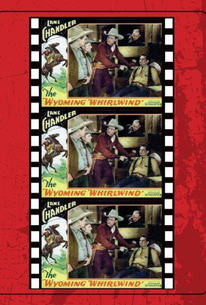 Ostensibly based on a story by pulp writer William Colt McDonald, this minor Western starred Lane Chandler, a former Paramount player. Chandler plays Keen Wallace, a wanted outlaw with a price on his head, who returns to the old homestead only to find his father murdered and the killer (Al Bridge), having forged his victim's last will and testament, residing in his place. Outfoxing the local sheriff (Harry Fox), Wallace (aka The Lone Wolf) not only wins the love of lawman's pretty daughter (Adele Tracy), but also manages to bring the villain to justice and clear his own name.

Raven-Symoné
as Raven
View All

There are no critic reviews yet for Wyoming Whirlwind. Keep checking Rotten Tomatoes for updates!

There are no featured reviews for Wyoming Whirlwind at this time.