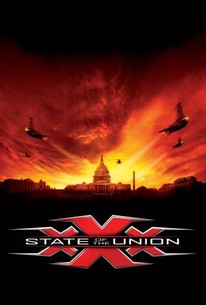 A new renegade fighter rises to defend the United States from an internal threat in this action thriller. Augustus Gibbons (Samuel L. Jackson) of the National Security Agency has successfully dealt with a number of threats to America's safety, but he faces a whole new challenge when he discovers a potent terrorist cell that has ties to the upper levels of the American military. Gibbons learns that George Deckert (Willem Dafoe), the secretary of defense, has been training a secret military faction to stage a coup against the United States by kidnapping and assassinating the president of the United States (Peter Strauss). Convinced there's no one he can trust within his circle of operatives, Gibbons turns to Darius Stone (Ice Cube), currently serving time in a maximum security penitentiary. Stone once served with Gibbons in the Army, and also took part in a mutiny against Deckert; despite his reckless side, Gibbons is certain Stone's fearless nature and peerless fighting skills make him the one man who can take on Deckert and his troops. XXX: State of the Union is the sequel to the 2002 hit XXX, though neither star Vin Diesel nor his character, Xander Cage, appear in this picture. ~ Mark Deming, Rovi

Viewed on its own trashy terms, it succeeds brilliantly.

And while I'm not about to claim any facet of this feature has more brain cells than a bimbo looking for her next blonde joke, it's never obnoxious in its dimwittedness until that noxiously calamitous final.

Aims low and hits the bull's-eye with enough firepower to sink the Bismarck.

Explosions abound, along with expository dialogue and a ham-tastic triad of performances from Sam Jackson, Willem Dafoe, and Peter Strauss.

This is that rare B movie that's rooted in gut-level stirrings of power and retaliation.

So primitive, it must have been written in lizard blood on animal skin.

As far as plots go, it doesn't get much flimsier than this.

This is the middle one of a middling trio of entries in the franchise, with regular star Vin Diesel replaced by a particularly burly and surly Ice Cube. End result: no-one wins.

Youngsters and action junkies won't mind the film's ridiculous gadgets, secret tunnels and hairsbreadth escapes, but everyone else will have to check credibility at the door.

An entertaining movie that doesnt have a lot going on but you can appreciate the action sequences not as good as the first but entertaining enough!

Not a bad film really, just run of the mill action flick that wouldn't look outta place from the 80's. A nice opening sequence that looks pretty smart and hi-tech, usual stuff packs the middle and it finishes on a VERY poor cgi looking finale. A black man's 'James Bond' basically, but 'XXX/Bond' is a little chubby and porky in this sequel hehe not sure casting was correct with Ice Cube or whatever he calls himself.

A very poor sequel when the first was so good. Just looks wrong and the plot is laughable at times. Stick with the first.