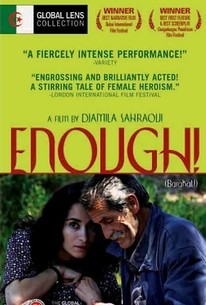 Crime is an unfortunate fact of life in most of the world's major Metropolitan cities, but few have seen a plague of kidnapping like that which has been visited upon Mexico City since the dawn of the 21st Century. According to a United Nations report, there are more reported kidnappings in Mexico than in any nation in the world (usually ten a day), and a corrupt police force and inefficient judicial system allows many criminals to act with veritable impunity. The new wave of kidnapping in Mexico City respects no political, social or economic boundaries, and in 2004 thousands of citizens participated in a mass rally to protest the kidnapping epidemic after an especially ugly case in which two brothers were murdered by their abductors, even though their parents had already paid the ransom. Educator and filmmaker Ricardo Ainslie is a Mexican émigré who examines this unusual crime wave in the documentary Ya Basta. The film includes interviews with several kidnapping victims who survived the experience, a visit with a convicted kidnapper, and the thoughts of a number of authorities who discuss the social and psychological toll the threat of abduction has brought to one of Mexico's greatest cities. Ya Basta (the title roughly translates as "Enough!") was given a special "sneak preview" screening at the 2007 South by Southwest Film Festival.

Critic Reviews for Ya Basta!

There are no critic reviews yet for Ya Basta!. Keep checking Rotten Tomatoes for updates!

There are no featured reviews for Ya Basta! at this time.