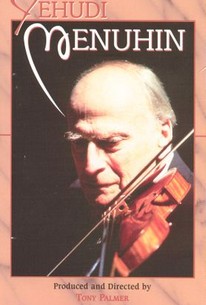 This film is a portrait of the illustrious violinist Yehudi Menuhin. Born in New York April 22, 1916, Menuhin was a child prodigy on the violin. He went to San Francisco to study, and gave his first public performance with the Mendelssohn concerto at the age of seven. At age 15, he recorded what is still considered the high water mark of the Elgar Violin Concerto, conducted by the composer himself. Always exploring new directions, Menuhin studied and played with the Indian sitarist Ravi Shankar, and the French jazz violinist Stéphane Grappelli. In addition to performing throughout decades of a long and brilliant career, Menuhin also started several orchestras, and was involved in numerous philanthropic enterprises. The film uses personal interviews, photographs and footage of live performances from Switzerland, France, Germany, Poland, Austria, England and America, giving the viewer an in depth look at this beloved musician.

There are no critic reviews yet for Yehudi Menuhin. Keep checking Rotten Tomatoes for updates!

There are no featured reviews for Yehudi Menuhin at this time.