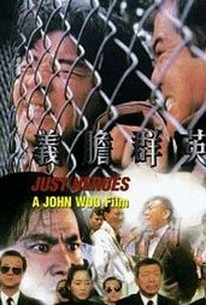 In this gangster epic in the tradition of The Godfather, the murder of a crime boss leads to a tense power struggle between his three adopted sons. As it is slowly revealed which brother is the traitor, the three-way standoff turns into a bloody final shootout. The signature style of Hong Kong filmmaker John Woo is somewhat absent, most likely due to his collaboration with co-director Ma Wu. ~ Jonathan E. Laxamana, Rovi

There are no featured reviews for Yi dan qun ying (Just Heroes) (Tragic Heroes) at this time.