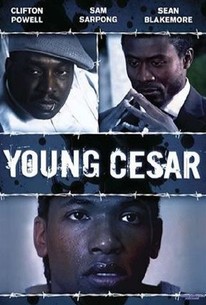 An incarcerated father is forced to stand by and watch as his two young sons struggle to survive on the streets in a gritty urban drama starring Clifton Powell and Sean Blakemore. Ali Dean is a failed father, and now he will bear witness as his failure threatens to turn into an endless cycle of violence and poor decision making. Though Ali's son Tariq shows much promise as an emerging pugilist, Cesar falls on the wrong side of the law after becoming involved with the local drug trade.

There are no critic reviews yet for Young Cesar. Keep checking Rotten Tomatoes for updates!

There are no featured reviews for Young Cesar at this time.