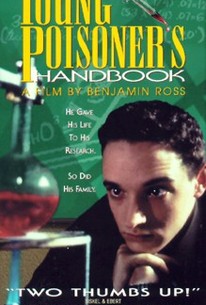 This pitch black British comedy presents an examination of young British fellow who decided to become a professional poisoner in the early 1960's while simultaneously taking a satiric poke at British society and medicine. The film is very loosely based on a true story. Graham is a fourteen-year old genius in chemistry who must live with his appalling family consisting of his dad, wicked step-mother, and sister. Graham begins his career by slowly poisoning his step-mum with tainted sweets and altered medicine. After he offs his uncle in a similar manner, Graham is imprisoned where Dr. Zeigler, who specializes in the treatment of psychopath's, works with him. The doctor is impressed at Graham's genius and believes he can be cured. Seven years later, the supposedly cured Graham is released on parole where he immediately begins where he left off.

Jim Carrey With Joel Schumacher? "The Number 23" Reviewed
Scarlett to Be Napoleon’s "Betsy"

Graham Young is at bottom a monster, but, as Hugh O'Conor plays him, he is also peculiarly beguiling. It is easy to sympathize with a bright young man who wants to get ahead in his chosen field.

Not nearly as clever as it thinks it is.

The show is a cornucopia of effective cinematic elements. A tour de force and a fascinating story.

"He gave his life to his research, so did his family." [Tagline] The biographical sketch of the protagonist is indeed extraordinary, but the way the events are portrayed herein hampers its effect. Despite fictionalizing the accounts, the movie fails to maintain enough interest. Wish the makers were dedicated enough!!!

I caught this on the dish a while ago and really liked it.