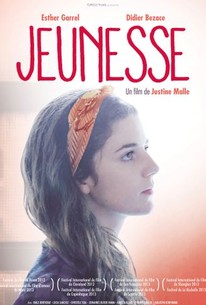 On his wedding day, Shiva (Vijay) discovers that his cousin and bride, Aruna, had ran away because she does not want to marry a cook. But he takes it lightly and moves to Chennai with the girl's brother to look for a job. One night, he saves Shaheen (Shaheen) from some goons. In gratitude, she kisses him on the cheek. Shiva starts to fall in love with Shaheen. After several occasions where they bumped into each other, Shiva harbours hope that she too reciprocates his affections.

However at Shaheen's birthday party, she announces her engagement to computer engineer, Pratap (Yugendran). Shiva is devastated at the news and leaves the room quietly. Shaheen finds him standing alone at the swimming pool. She asks him about his impression of Pratap and is shocked when Shiva reveals to her that he loves her. Shaheen declares that she only feels friendship towards him and tells him to stop loving her.

After receiving a telephone call, Shiva goes to the police station and finds Aruna. She had eloped to be with her lover. However, he later abandoned her and left her penniless. With no one to turn to, Aruna attempted suicide. Shiva takes her back home to take care of her. Aruna's brother was still angry and calls up their parents. Shiva speaks up for Aruna and gets the family to forgive her. Before returning to the village, Aruna meets Pratap and discovers that Shaheen's fiance is actually the lover who abandoned her.

On the eve of Shaheen's wedding, she finally understands that she loves Shiva and tells her father (Manivannan) that she does not want to marry Pratap. Her father refuses to cancel the wedding and gives Shiva a cheque for 10 million to get the latter to leave Shaheen. Shaheen runs away on her wedding day to look for Shiva and confesses to him that she loves him too. She wants to elope with Shiva but he brings her back to the wedding venue.

Before the ceremony starts, he calls Pratap into a room and closes the door. When the door reopens, Shiva and Pratap had changed clothes. Shiva is now in the groom's attire while Pratap is in ordinary clothes. Shiva marries Shaheen in the end. On their wedding night, Shiva reveals to Shaheen what happened between Pratap and him in the room.

Elisabeth Baranès
as Zoé
View All

There are no critic reviews yet for Youth. Keep checking Rotten Tomatoes for updates!

There are no featured reviews for Youth at this time.