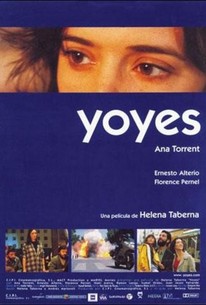 The life and death of real-life terrorist Dolores Gonzalez helped inspire this troubling political drama. Yoyes (Ana Torrent) is a member of the ETA, a group of Basque terrorists staging political actions in Spain under the leadership of Argi (Inaki Aierra). Yoyes finds herself losing faith in the ETA's cause after Argi dies during a bombing; she soon drops out of terrorism, goes underground, and moves to Mexico, where she goes back to college and receives a Ph.D. A dozen years later, Yoyes travels to Paris when her husband Joxean (Ernesto Alterio) gets a teaching position with a French University. When Joxean decides to visit the Basque regions with their daughter Zurine (Laura Ballesta), Yoyes decides to join them, knowing it puts her at great personal risk. The Spanish government uses Yoyes' return for their own political ends, while her former ETA colleagues falsely believe that her presence there means that she has turned informant in exchange for permission to return home. Yoyes stars Ana Torrent, who first made a name for herself in the mid-1970s as a child actress in El Espiritu de la Colmena and Cria Cuervos.

Ernesto Alterio
as Joxean
View All

There are no critic reviews yet for Yoyes. Keep checking Rotten Tomatoes for updates!

There are no featured reviews for Yoyes at this time.