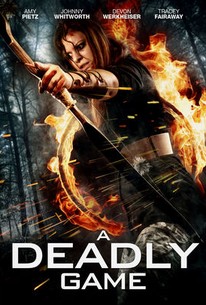 When Dawn, an overworked single mother, agrees to take her teenage daughter, Kayla, to a luxurious but isolated spa retreat, the women believe they have escaped to a paradise of spa treatments, yoga, and nature hikes until a series of disturbing incidents has Kayla questioning the perfection around her. Kayla is convinced they have to leave but Dawn is now hooked on the fantasy constructed by David James, the handsome and charismatic founder of The Source. The two women split up, with Kayla determined to hike out of the wilderness no matter what it takes while Dawn must come to terms with her own perception of reality and the growing fear that her daughter was right and has now disappeared.

There are no critic reviews yet for Zephyr Springs (A Deadly Game) (Deadly Spa). Keep checking Rotten Tomatoes for updates!

One of the worst movies I have ever seen. The acting was painful to watch.