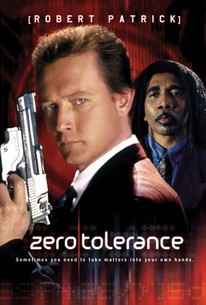 A vengeful FBI agent wages a one-man war against a powerful drug cartel that has kidnapped his family in this action thriller from producer/director Joseph Merhi. The White Hand is a feared drug cartel run by the five most powerful crime lords in the business. When The White Hand takes FBI agent Jeff Douglas' family hostage, they will face an army of one more powerful than any military force, who is ready to make the ultimate sacrifice for the safety of his family.

Johann Helf
as Mekael
View All

There are no critic reviews yet for Zero Tolerance. Keep checking Rotten Tomatoes for updates!

There are no featured audience reviews yet. Click the link below to see what others say about Zero Tolerance!