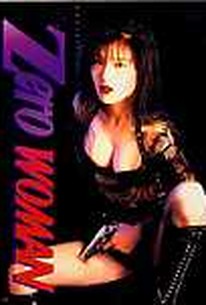 Directed by Daisuke Gotoh, Zero Woman centers around the deadly Section Zero -- a highly covert shadow division of the Japanese police department. Their operatives are equally mysterious and known for their willingness to do whatever it takes to serve justice. A case in point is Special Agent Rei (Natsuke Ozawa), a lethal agent known for her prowess at seduction. When the witness of a brutal crime is kidnapped by the Yakuza, Rei is given the case. As she takes on the deadly Japanese mob, Rei must use whatever means possible to escape alive. ~ Tracie Cooper, Rovi

There are no critic reviews yet for Zero Woman. Keep checking Rotten Tomatoes for updates!

There are no featured reviews for Zero Woman at this time.