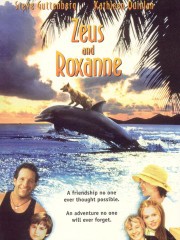 Jacob B
April 9, 2019
Ah, one of those interesting moments where I heard of this movie and saw it before I had even heard of Nostalgia Critic. Also, how convenient the director just happens to be named George Miller so that the trailer can try to trick people into thinking this is from the director of the Mad Max trilogy. It's actually a different George Miller from Scotland who directed Neverending Story II. The dog is adorable and I thought the boy was cutesy in his performance but the adults are bland, the dog and dolphin don't share a lot of screen time, and the premise has some rather...strange...implications. And nobody says anything in the script unironically. I'm sure children will like it but at an older age, the movie plays it safer than an anime dubbed by 4Kids.

Super Reviewer
Kevin M. W
June 22, 2017
In a family movie, kids from single parent families conspire to hook up their parents. There's a dog and a dolphin too, lest the other shenanigans fail to focus yer little sprites. A good opportunity for you to catch up on your planned summer reads.

Marco F
September 3, 2015
Filmmaking is a serious business. These people who made this movie will certainly agree. But what I can't understand is what they were thinking or maybe even taking when they decided to make this film- which has a premise that is so unbelivably ridiculous, that a certain hatred grew in me towards all the important people involved in this film. That is quite an achivement.

Why did this hatred grow, you ask? Because the filmmakers had the assuming, uncaring and generally brain-dead notion that this film about a dog and a dolphin falling in love could pass off as entertainment. They believed that the audience couldn't care less about what was going on in the movie- If there was some kind of action, they would be satisfied.

They committed what I believe is a very serious error. They grossly (an appropriate word) underestimated the audience and in their case- more importantly, the market. That is why I hate the film so much. I will admit, however, that this the kind of film that isn't worth hating. It's so ridiculous, it's nearly impossible to even care about the characters or anything going on. But I do. It's the fact that they didn't even try to make this premise into a workable idea. The idea of a dog and a dolphin falling in love is almost totally unfilmable. But for some reason, the filmmakers decided that it was, and every person who went to see this film was conned, in my opinion.

Every film ever made should have a certain degree of ambition. When one commits to something like this, one should have achieved something that one should feel proud of. This is why this film gets zero stars.Because nobody involved with this offensive piece of junk cared at all to make a movie that I, or everyone else who saw it, would spend nearly 100 minutes out of our lives watching it. It's robbery, really. It violates the very idea of a moviegoer's passion for movies. It violates the very notion of why someone goes to see a movie. That's one of the highest movie-going crimes a film can commit, really. In addition to being one of the worst ideas ever for a movie, it is also totally predictable and devoid of originality.

Adam R
September 14, 2014
Wholesome, but seems to have lost a lot of its appeal over the years. It has the feel of a television movie. (First viewing - Teen years)

Luca V
July 7, 2014
A movie about a little obnoxious dog that becomes obsessed with a dolphin...inevitably raises the constant nagging question throughout the film..."Whats the point???" If you have not seen this movie yet...GOOD!...do yourself a favor and save yourself from the agonizing and embarrassingly boring acting and storyline, as well as the incessant, unfunny childish jokes and humor. There's nothing in this film except an unoriginal plot that is not amusing.

April 13, 2014
damn you Flixster! I really wanted to see this and yet it's just another frigging film that you don't own the rights to, AKA a waste of my money.

December 7, 2012
Will have to watch this one. Not necassarily good or bad. Will see. Want to watch!

Dustin O
November 9, 2012
I love It and dogs and dogs movies is my interest, lot more

Jon C
July 10, 2012
it's not horrible but not perfect either
you barely see any of the scenes of the dog and dolphin relationship
I kinda like Steve Guttenberg as much as the next person but the romance between him and Mary Beth is so bland
the plot is amazingly predictable but in all honest it's all relatively harmless fluff for the kids, even the whole family
it's pretty safe, with a safe premise but crazy, unusual one, too
humans and animals can get along famously

Katelyn B
May 11, 2011
It wasn't unbearable, but almost... I can't think of a more opposite pair than Steve Guttenberg and Kathleen Quinlan. Also, the whole story was a little lame. Needless to say, I never have to see this movie ever again. Ever.

Andreas O
November 11, 2010
Dog loves dolphin. Me does not love movie. You remember that time when Steve Guttenberg was taken seriously? No? Well, maybe that's because I don't think he ever was.

Carlos R
September 16, 2010
Guttenberg and Quinlan are pretty decent, but the plot is extremely stupid and horrible.
Page 1 of 6