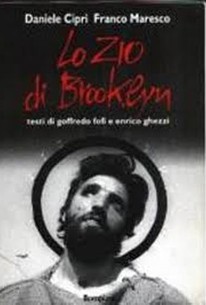 This Italian comedy set in Palermo treads way off the beaten track with its absurd vulgarity and sarcasm. It also boldly ignores many film conventions to tell the story of three impoverished brothers. As the story opens they are grumbling about the aged and the sick, saying how they think God should wipe them from the earth. As soon as they say that, their gluttonous father, who is wolfing down a boiled chicken, falls dead. They later return from the funeral and find themselves approached by two diminutive Mafiosi, one of whom can only communicate by burping. They tell the brothers they must hide their Uncle from Brooklyn in their home. At the same time, the dwarfish duo find themselves pursued by Don Masino, who believes one of the two tried to kill his brother. In another subplot, a young singer blames his mother for his inability to sing and so visits a local sorceress to see if he will remove the hex his mother placed upon him. As the stories progress, several rather disgusting characters appear and create even more mayhem.

There are no critic reviews yet for Zio di Brooklyn, Lo (The Uncle from Brooklyn). Keep checking Rotten Tomatoes for updates!

There are no featured reviews for Zio di Brooklyn, Lo (The Uncle from Brooklyn) at this time.