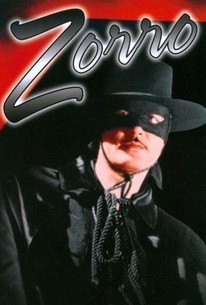 The internationally produced Zorro is set in South America instead of the California locales of the series. Alain Delon stars as the newly appointed governor who immediately butts heads with corrupt Colonel Huerta (Stanley Baker). To rescue the peasants from Huerta's despotry, the governor becomes the caped-and-masked do-gooder Zorro. The film never really takes itself seriously, not even during the final, well-staged duel between Zorro and Huerta. ~ Hal Erickson, Rovi

It's goofy and it smacks of B-movie dynamics, but Duccio Tessari's "Zorro" is still an entertaining film.